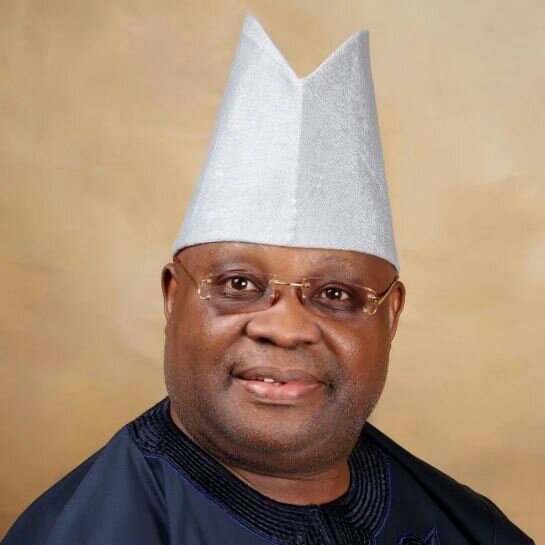 The school principal who issued the school documents of the ‘Dancing
Senator’ has been arrested for interrogation by the police.

According to a credible source within the highest echelon of the Peoples Democratic Party, PDP, who pleaded anonymity, Abass was apprehended over the issuance of result and testimonial to the flag bearer of the PDP for the September 22 gubernatorial election, Senator
Ademola Adeleke.

The source explained that the detectives on Wednesday laid siege
around the Principal and eventually got him arrested around noon.
He was said to have been whisked away immediately to the State
Criminal Investigation Department in Osogbo before he was later
transferred to Lagos.

“Yes, it is true that the principal who issued testimonial and statement
of result to our standard bearer, Ademola Adeleke was arrested
yesterday by detectives from Alagbon in Lagos.

“I gathered that the arrest has to do with discrepancy on date of the
testimonial authorised by the school principal, and the actual date the
Senator finished from the school.

“We thought it was a matter we could settle here in Osun since there is a reconciliation move in the party already, concerning every issue
relating to our primary election, unfortunately, he was taken to Alagbon, in Lagos.

“Well, I believe everything is politics, definitely, we shall come out of this
without any blemish”, the source said.
Meanwhile, the Osun State Commissioner of Police, Mr Fimihan Adeoye, when contacted said he was not aware of the arrest, adding that he
was far away in Abuja on official assignment.

OSUN ELECTION: Here Are The Official Results Of Governorship Poll By INEC

Fayose Cries Out From His Hideout, Talks About Osun Election