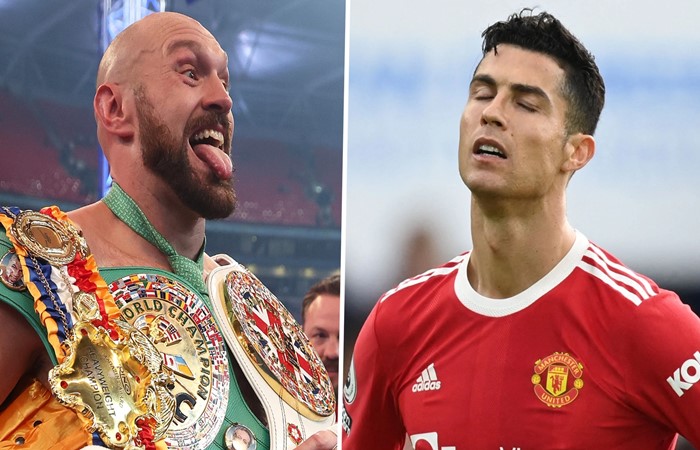 Popular WBC champion, Tyson Fury, has spoken out on Portugal captain Cristiano Ronaldo’s situation, warning the 37-year-old of the dangers of age.

Fury, who is also a big fan of Manchester United, claimed that Ronaldo’s career is ‘on the slide’.

The British boxer told TalkSport, “If you look at Cristiano Ronaldo, he is 37 years old, he has the best doctors, the best physiotherapists, he is lived like an egg in Mr Kipling’s cake,”.

“But even Ronaldo is on the slide now, so even someone who has looked after himself like that, it catches up on you… so imagine a boxer who has been punched to pieces for the last 20 years.

Ronaldo, who is currently a free agent after his contract with Manchester United was terminated last month, has been in the news a lot recently.

Messi Out!! Ronaldo To Battle Modric & Salah For UEFA Award

Why Juventus Should Let Go Of Ronaldo This Summer – Massimo Mauro