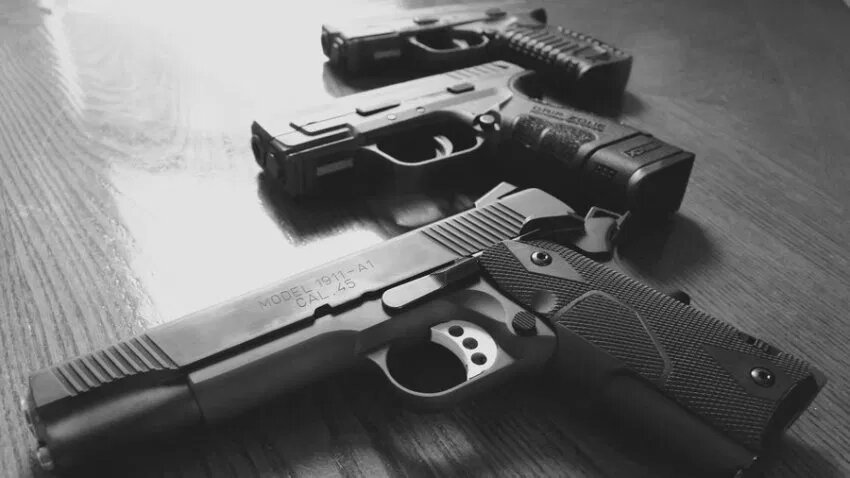 “My point is, people cannot be slaughtered in
their houses helplessly. Maybe what we need to
do is to liberalise gun control. Let everybody
own a gun so that when you are coming to my
house, you will know that I have my own gun
while you are coming with yours,” a senator.
Kabir Marafa, said on Tuesday.
Mr Marafa, who represents Zamfara Central
Senatorial District, was clearly angered by not
just the killings across the country but also the
defenseless state of the victims. His Zamfara
State has witnessed hundreds of killings by
armed bandits in 2018. Several houses and
properties were also burnt and destroyed by the
criminals during the attacks.
On Tuesday, while contributing to a debate at the
Senate on the insecurity across Nigeria, the
senator called for legalisation of guns and
firearms to enable citizens defend themselves.
He said he believed that the only advantage the
criminals have over their victims is the guns and
weapons they carry.
Mr Marafa had at several times decried the
killings across the country, especially in Zamfara
State on the floor of the Senate and called for the
intervention of the federal government in crisis-
affected areas of the state.
He has openly accused the state governor,
Abdul’aziz Yari, of playing politics and blame
game with the incessant killings in the state.
What Led To Call
Prior to Mr Marafa’s call for liberalisation of
gun control, former governor of Plateau State,
Jonah Jang, raised a point of order on the killings
in the state.

Mr Jang called on the federal government to take proactive
measures to prevent more killings.
His point of order went on smoothly as many lawmakers in the
upper chamber took turns to condemn the attacks and seek
protective measures for people of the state.
Among the many contributors was Isa Misau (APC, Bauchi
Central) who blamed the happenings on the incompetence of
security agencies as well as the executive arm of government.
Mr Misau expressed disappointment at President Muhammadu
Buhari for his continuous refusal to sack “incompetent people” in
authoritative positions. He said the president is paying more
attention to corruption than to injustice.
Mr Marafa, thereafter, stood up and expressed disappointment at
Nigerians who judge the killings based on religion.
He said religious leaders who are giving the killings a religious
colouration, are hypocrites.
“Plateau State is predominantly a Christian state, so if people are
killed in Plateau, Christians will be killed. But we sit down and
say ‘Christians are being eliminated’, ‘it is genocide’ and so on.
This is hypocrisy! We ought to give this thing the name it
deserves.

“There are killings in Zamfara and those arrested are not all
foreigners or Fulanis. I make bold to say that the killings in
Plateau State are happening in conjunction with indigenes of that
state because it is a business. But every day, we either give it an
ethnic or religious colouration without minding the fact that these
things are being done and we are the losers.
“The Christian and Muslim clerics that are giving these killings a
religious colouration are all hypocrites because we all know
where they belong to. It is not limited to one religion but at the
end of the day, the problem remains,” he said.
He then described the attacks as “a grand agenda by other
lawmakers that want state police.”
His accusation was followed by noise and rowdiness as
lawmakers protested and asked him to withdraw his statement. 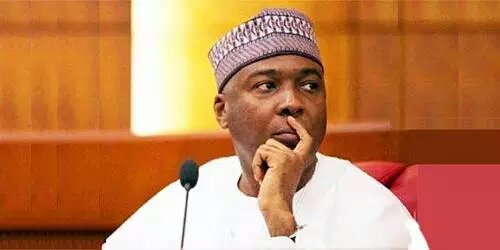 Mr Marafa withdrew his accusation, and then called for the
legalisation of guns for citizens.
“My point is, people cannot be slaughtered in their houses
helplessly. Maybe what we need to do is to liberalise gun
control,” he said.
How Other Lawmakers Reacted
Although his call for liberalisation of guns led to more chaos in
the chamber, Mr Marafa was, however, unconcerned and
appeared satisfied having made his point.
Some lawmakers protested in the background but no one stood to
either condemn or support Mr Marafa’s statement on gun
liberalisation.
After a while, the Senate President, Bukola Saraki, simply called
the Senate to order, condemned the attacks and then resolutions
were made – among which was the creation of state police.

Nigerians React
There have been mixed reactions to the lawmaker’s call. While
some people think it is a good call, others, however, do not see it
as a way of curbing insecurity in the country.
Francis Enobore, the spokesperson for the Nigerian Prison
Service, strongly disagreed with the senator.
Using prison officers as example, he said it will increase dangers
in prisons which can lead to the breach of security in prisons.
“As a prison officer, I don’t think I will agree with that opinion.
Given the nature of our prison facilities, I don’t know how safe it
will be for every prison officer to bare guns even though you are
within the prison yard.

“The idea of giving guns to some prison personnel, came as a
result of external invaders who broke in and set some prisoners
free because in the past, when students or any group of persons,
are demonstrating or have different opinion from the
government, what they resolve to is invade the prison, set
prisoners free and so on.
“Even the guns that we get is to ward off external invaders and
on rare occasions where you have internal disturbance. So no, I
won’t support that,” he said.
Ibanga Isine, a lecturer at the American University of Nigeria,
said Mr Marafa is right “to an extent.”
“When you see the level of insecurity in the country and the
senselessness of government in tackling the situation, you realise
that such calls are necessary.
“I mean you can’t just tell people to go and pray.

For a president to say that, it shows that the government is not ready to take the bull by the horn.
“Instead of people waiting for the killers to come, kill them and
take away their lives and their lands; for now, it is somehow right
for calling for legalisation of guns in the country. To that extent,
he is right,” he said.
He, however, wondered if the country can afford letting every
citizen carry guns.

“If you allow everyone to carry guns, then both the sane, the
semi-sane and the unsane will get it. It will result to a major
problem in the country,” he said.
He urged the federal government to empower or re-organise
security agencies and create state police.
“Empower them and give them a free hand to do their jobs. Let
them be properly equipped and in a position to take care of their
country instead of asking Nigerians to carry arms.

I also support the call for state police,” he added.
Hamzat Lawal, an activist,, frowned at the idea; making
reference to the abuse of guns in the U.S.
“In Nigeria, we cannot even regulate the oil and gas sector, we
cannot regulate our security and now you want to put guns on the
street and arm people, No, I would not support that motion,” he
said.
He accused the government of shying away from its
responsibility, which is protecting lives and properties of its
citizens of Nigeria.
“I understand Senator Marafa and other colleagues who are
bitter with the fact that it’s been senseless killings for the past
weeks and government sadly came out and was comparing
deaths in the past and present administration.
“Be that as it may, it will be a disaster if guns find their way into
everybody’s hands. It then means that anybody’s face you hate,
you’ll just take a gun and shoot the person,” he explained.

He said the federal government should rather start looking at
how much is the security votes that goes to state governor.
“Every now and then, they come to Abuja and they sign and
collect undisclosed amount for security votes. If we can find out
what is happening with that money and make it more
transparent and accountable, maybe we can get our security
right.
“Implementing gun control will be like turning governors into
warlords,” he said.
Chioma Chuka, a human rights activist, said Mr Marafa’s call
shows that the country is moving towards a failed state.
She stressed that one of the primary duties of the government and
the commander in chief of the armed forces is to secure the lives
and properties of Nigerian citizens.
She said Nigeria already has a lot of undocumented arms.

“As a matter of fact, an international report I read recently, says
there are almost twice as many small arms in the country than
there are people. So a country that is already proliferated with
arms and you have this call? I think TY Danjuma said recently,
that people should rise up and defend themselves; we are itching
towards a failed state,” she said.
While describing the attacks as well as Mr Marafa’s call as a
really unfortunate situation, she said it is even more unfortunate
that the government is focused on 2019 not minding the killings.
Her advice to the people in power is that “they need people to
vote them in 2019. People need their lives to vote them. Too many Nigerians are dying.”
Yomi Fawehinmi, an economist, rejected the call in totality,
stating that it is no way to solve the issue.

He said countries like the U.S. have proven that giving people
guns does not solve security issues “because you then have mass
shooting and gun shooting and so on.”
‘I think instead of giving people guns which will just cause chaos,
they should ensure that the guns are currently in the hands of the
right people.
“Insecurity is simply the absence of security. So the only way to
tackle it is to provide security and in that case, it is the question of
finding more creative ways to provide security. Our security is
just based on guns, checkpoints and all,” he said.