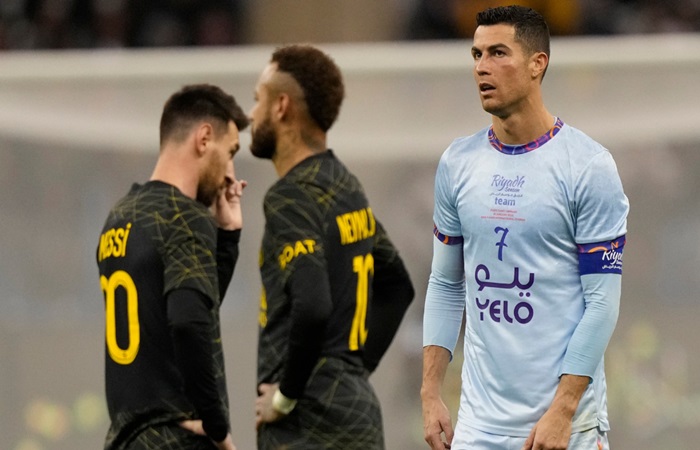 With that final shot, the match ends with an astonishing nine goals scored.

It was a fascinating encounter in all, as a 10-man PSG team were able to just come away with the victory at the end.

It is fair to say that the crowd and fans the world over were looking forward to one last battle between the two biggest stars of their generation, but ended up getting so much more.

The striker comes off the bench, keeps his run going in a PSG counterattack aided by a disastrous error at the back, and smashes into the far corner.

After a bit of a delay from the fourth official, we finally have an indication that there will be four additional minutes of stoppage time.

The skillfull Brazilian seems Riyadh’s only hope of evening the tie, this time going from long range to test Donnaruma in goal.

Messi opened the scoring, but only gets an hour. Mbappe, who had been brilliant, also comes off. And so does Neymar after an assist and missed penalty as Galtier makes a host of changes.

Pereira goes for glory and receives the ball at the top of the box and decides to curl it past Donnaruma towards the top left, but gets too much on it.

Would have been a huge moment for the local side if they had converted there.

Sensational skill from Mbappe, beating three men by chopping and turning down the left, taking the ball to the byline and cutting back for Ramos’ late run into the box.

With a reckless challenge just outside of the box on the left side, the local side have a chance to once again test Donnaruma.

It is Talisca who looks to take the chance, and decides to go for glory, but the ball is sent just over the crossbar.

Check out the latest PSG highlights and goals here

Check out the latest Al-Nassr highlights and goals here