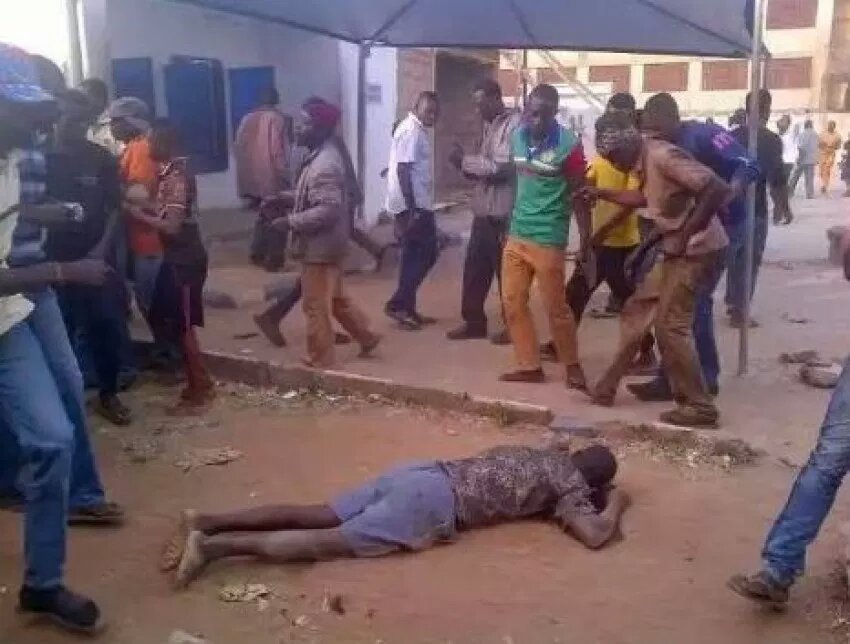 On Thursday, armed robbers invaded Igarra, the headquarters of Akoko-Edo Local Government Area of Edo State and killed at least 12 people in their bid to rob two commercial banks in the area.

The robbers had earlier attacked the local police station where they shot and killed a policeman on duty with two detainees while also setting the only vehicle on sight , a Toyota Hilux on fire before proceeding to attack the banks. 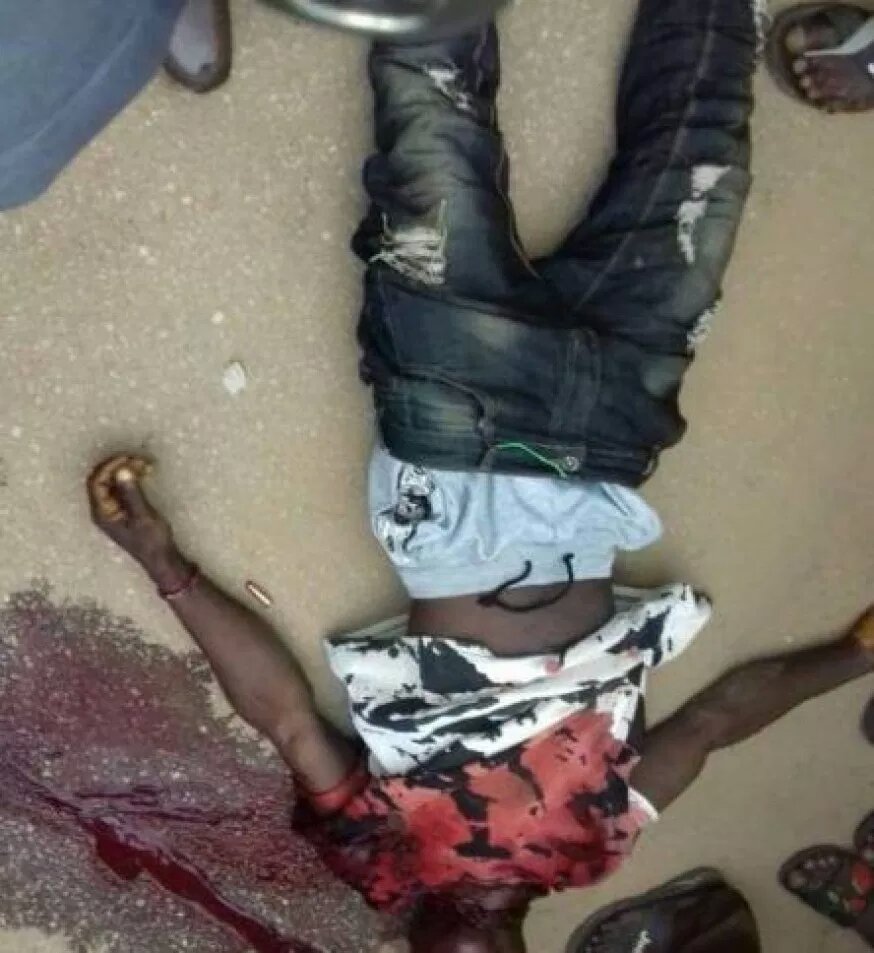 The Edo State Police Public Relations Officer, Chidi Nwabuzor, confirmed the incident but said information about the attack was still sketchy. At least four other persons were reportedly killed at the banks when the armed men could not gain access to the vaults of the banks.

PHOTOS: 4 Policemen Shot And Burnt Beyond Recognition By Gunmen At A Checkpoint In Edo State