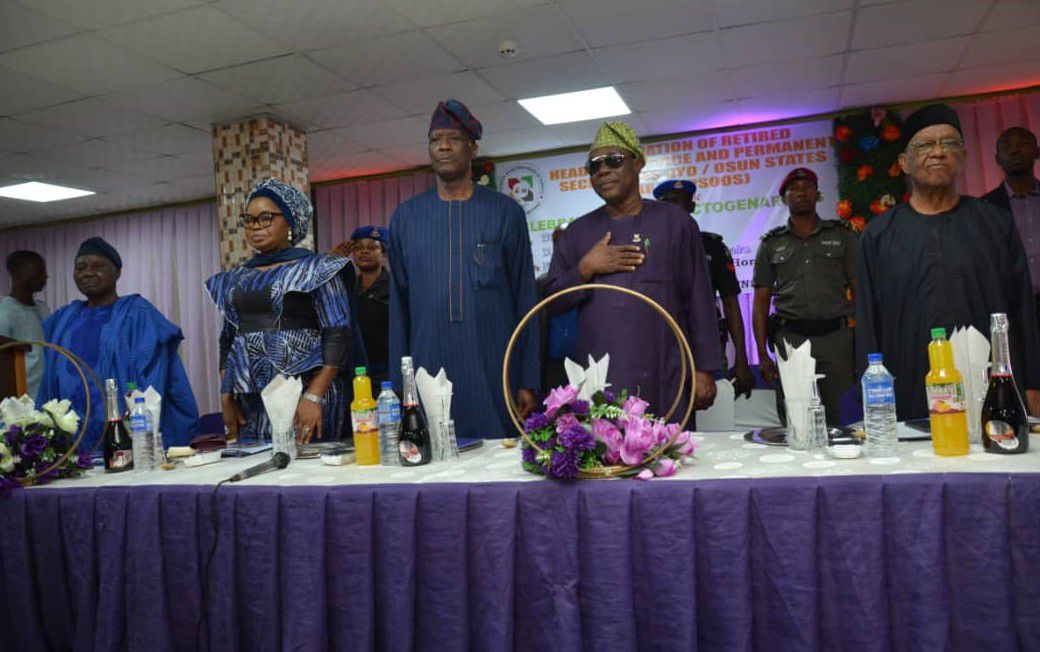 The Oyo State Deputy Governor, Barrister Adebayo Lawal on Tuesday, charged civil and public servants in the state to uphold work ethics and integrity in discharging their duties.

The Deputy governor stated this during an event organized by the Association of Retired Heads of Service and Permanent Secretaries of Oyo and Osun States (AREHSPSOOS) to honour the association’s octogenarians, held at the Oyo state Nigeria Union of Pensioners House, Agbarigo, Ibadan.

He said the civil/public service is the engine room of any administration in terms of the quality of advice they give to the government, and the uniqueness of courage at which such advice is delivered.

“This day, it is not exactly the same thing as most of our civil servants are called politicians, we know those who under the cover of the night will go to political heads and tell so many things that should not be told to politicians and that is to some politicians that do not exercise discretion and come back to say, but you were with me yesterday, asking for promotion, infact, some civil servants have come to ask politicians for contract”, he said.

He equally advised members of the association not to leave the serving staff as they still need to be tutored, nurtured and guided,

“Call them to the attention of what they are doing well or otherwise, so that the state can move forward”, he added.

In a goodwill message, the Oyo state Head of service, Alhaja Amidat Ololade Agboola who will be joining the association soon, said there has been constant touch with the body of AREHSPSOOS for any of the government’s programs.

“We open for discussions, recommendations, or directives because you were once our bosses and you were given us these instructions when you were there, so, do not leave the civil/public service alone”, she said.

She highlighted some of the robust relationships that the association has with the present administration in the state which includes participation in Public Service Merit Awards.

She also disclosed that the governor has approved the review of public service rules and regulations, which will be done by five members of the association.

Also in his own goodwill message, former military governor of Oyo and Osun states, Brigadier General OLUWOLE ROTIMI (Rtd) harped on continuous training for civil and public servants in the state.

He equally spoke on ethics in the service and integrity saying, “A civil service without integrity is of no use to a developing country like Nigeria ”

In his opening remarks, the chairman of the day and former military governor of oyo and osun states, Major General (Rtd) Oladayo Popoola advised serving civil servants to plan for their retirement thoroughly so that they won’t rely on people for their survival.

In his welcome address, the chairman of the association, Alhaji Oladiti Oladapo eulogised the retirees for their uprightness, integrity and diligence while in service.

Highlight of the event was the presentation of honorarium to members of the association. They include:

Commissioner for Information, Culture and Tourism,