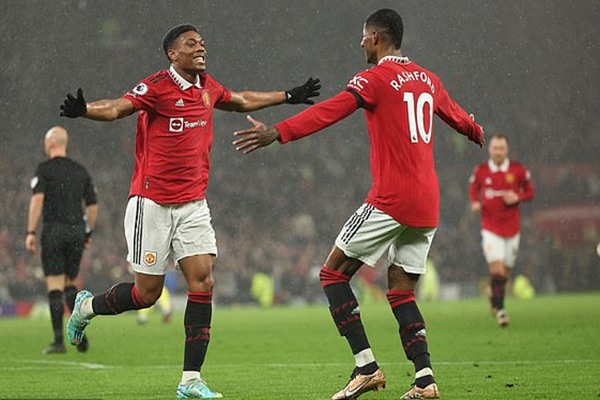 Marcus Rashford, Anthony Martial and Fred scored each goal to seal the 3 points for Man United.

That might jolt United, who have let Forest off the hook this half. They’ve not been ruthless enough since the second goal – gifted to them by Hennessey – and all it took was one set-piece there that almost got Forest back into it.

Antony has not shown up here (again). As United’s main attacking recruit, he needs to do so much more.

A decent strike from Yates from distance and a rather bizarre save from De Gea.

It was almost as if he had gone too far as he chested the ball away instead of catching it and concedes a corner.

Varane clears the corner with his head – he has looked dominant and up for it tonight despite being drafted in at late notice.

The goals haven’t flowed and United have been unable to record a dominant scoreline this season, which means this is an opportunity they have to take against a poor Forest side.

Then a rapid counter attack ended with Martial edging his effort past Hennessey.

A brilliant start for the hosts and they have been impressive.

United are cutting loose now. This is the team to do it against and, goalkeeping error though that was, it was magnificently worked the moment Casemiro regained the ball.

Every pass was right on cue and United earned the slice of luck they got of having Hennessey to shoot against.

That’s a rather bizarre offside with Yates wheeling away celebrating but replays showed it clipped Boly’s foot on the way in.

The defender was in an offside position and the goal is ruled out – a warning sign for United though.

Check out the latest Nottingham Forest highlights and goals here