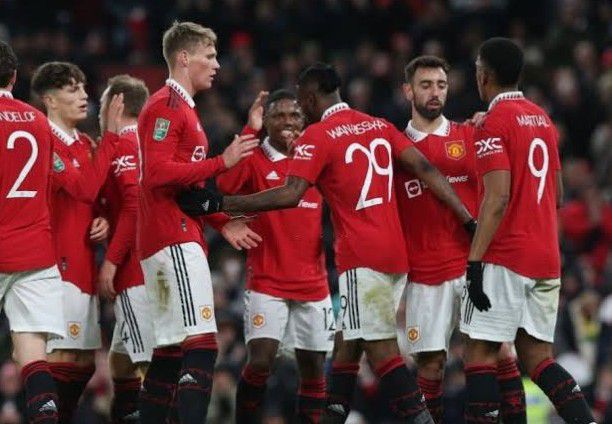 Gudmundsson plays an excellent ball that splits United’s defence open but the advancing Churlinov can only direct the ball wide of the post.

That is a lovely goal from Rashford, even though the defending was atrocious.

It shows the confidence he has to run so directly at the opposition, and regardless of the circumstance, it was still a lovely powerful finish.

What a goal from Rashford! He runs the length of the half before ticking his way past a defender and firing into the bottom corner!

Fernandes has been at the heart of all of United’s positive moments and this time he picks out Rashford who brings the ball down well before laying off McTominay but his effort is well wide.

The Clarets have seen more of the ball in the opening stages with United yet to get forward other than a long ball which Peacock-Farrell had to charge out to head clear.

Manchester United’s World Cup participants have been sharper than some of those who were in Spain for the training camp. Martial and Garnacho have both shown frustration at their bluntness.

Bruno Fernandes has excelled on his return, Casemiro has slotted in well and Eriksen got the goal.

There remains no logical explanation as to why United loaned in Dubravka. Heaton should be starting ahead of him.

Moments after missing a catch, Dubravka nearly makes a terrible blunder as he allows a back pass to roll under his feet but he can get back in time to make a pass before Barnes hounded him down

Check out the latest Burnley highlights and goals here