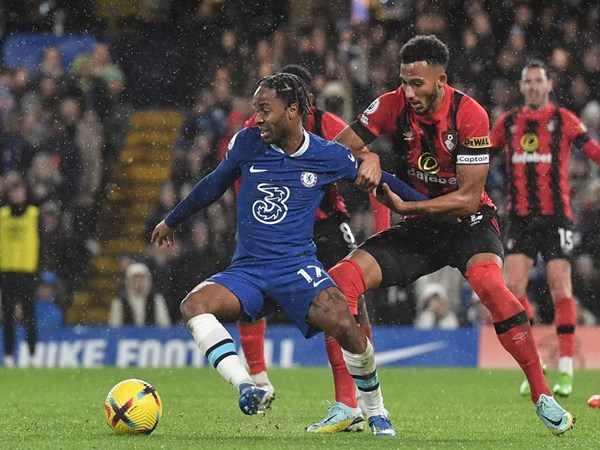 Bournemouth look slightly more adventurous, with Billing pressing Cucurella forcing the Spaniard into a risky pass back to Arrizabalaga. He does well to shovel it clear with Solanke bearing down on his goal.

An impressive first half showing from Chelsea. They had only scored six first half goals this season prior to that, they are a third of the way there after that 45 minutes.

Potter, who said before the game that James would not last 90 minutes, will be willing his side on to get a third swiftly to ensure the game is properly put to bed.

O’Neil will be thinking about changes in midfield at half-time. Jefferson Lerma has had so few touches you might forget he was even playing.

It’s all happening now. First, Thiago Silva gives the ball away by playing the ball across goal to give Solanke a sniff of an opening. That comes to nothing, despite Bournemouth’s appeals for a penalty.

Chelsea break, with Mount sliding in Havertz. He’s chased back by Smith having first got his foot to the ball, but he’s adjudged to have fouled the Bournemouth defender, with Pulisic having put the ball in the back of the net.

Good play from Zemura who offers a little bit back after being pinned on the ropes by James for the last 36 minutes. His persistence is exactly that, but not very pretty. Bournemouth win a corner.

Solanke, however, fouls his marker and Chelsea get a free-kick.

Check out the latest Bournemouth highlights and goals here