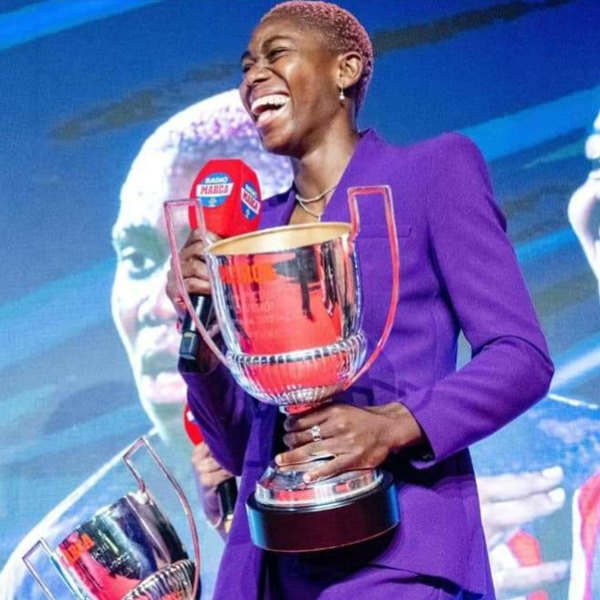 Barcelona and Super Falcons forward, Asisat Oshoala has officially received the Pichichi award for finishing as the top scorer in the Spanish Iberdrola last season.

The 27-year-old made 19 league appearances during the campaign.

Geyse, a Brazilian is now her teammate at Barcelona after linking up with the Blaugurana in the summer.

This sees Oshoala as the first African to scoop the award.