See The Shocking Report Of International Media, Al Jazeera On Herdsmen In Nigeria 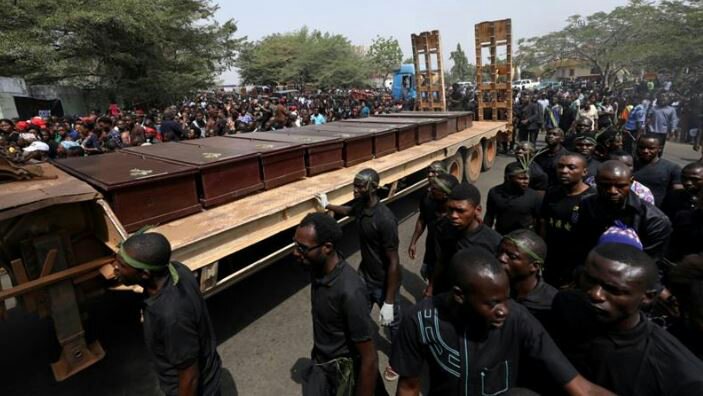 At least 1,500 people have been killed in clashes between nomadic herders and sedentary farmers since September.

Fighting between farmers and herdsmen in Nigeria has killed more
people this year than attacks by the Boko Haram, a new report by the
International Crisis Group (ICG) said.
At least 1,500 people have been killed in clashes between nomadic herders and sedentary farmers in central states since September last year, the group said.

Thursday’s report says more than 1,300 Nigerians died from the
farmer-herder conflicts between January and June this year, while the
death toll from Boko Haram’s insurgency was about 250.
This is at least six times higher than the number of people estimated by
the UN to have been killed by Boko Haram in the same period, the
report said.
The herders and farmers are fighting over land and water in Nigeria’s
fertile central region.
“It’s a fight for resources. Government needs to make a plan to deal with the resource problem on a long-term basis,” ICG senior researcher Nnamdi Obasi said.

Election threat
Worsening violence between farmers and herders could hit Nigeria’s
general election scheduled for next year and ‘destabilise’ the country,
ICG warned.
The report said some progress had been made in tackling the crisis but
more needed to be done ahead of elections, which typically heighten
the risk of ethnic, religious and political tensions.
“It (the conflict) is exacting an ever deadlier toll and, with elections
looming in 2019, could destabilise the country if the government and
other actors fail to contain it,” it added.

The researchers said the unrest could affect the ability of people to
register to vote and political campaigning.
The overstretched police and military were unable to cope and with attacks largely unpunished, communities had taken matters into their own hands.
But much of the tit-for-tat violence has become more planned and
involved increasingly well-armed and organised militia, the report said.

Human cost
In the deadliest attack, 11 villages were attacked last month in the
Barkin Ladi area of Plateau state, central Nigeria, in which more than
200 people from farming communities were killed.

The ICG said the attacks had rendered more than 300,000 people homeless, with the displaced forced to stay with family and friends or in overcrowded, unsanitary camps.
Local aid agencies were overwhelmed but there was very little help
available elsewhere because of the humanitarian crisis sparked by the
nine-year Boko Haram insurgency.
“The government response was very poor, partly because it was overly
engaged with the Boko Haram insurgency,” Obasi said.
Mass displacement has had an effect on food production and was likely
to drive up prices, as farmers were unable or unwilling to work the land
because of fear of fresh attacks, the report added.