Cristiano Ronaldo Could Be Next Manchester United Captain

Wiseloaded » Sport » Cristiano Ronaldo Could Be Next Manchester United Captain 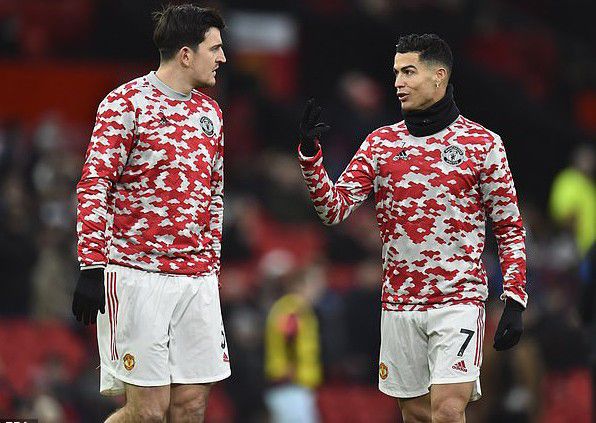 Manchester United new manager Erik ten Hag has been tipped to strip Harry Maguire of the captain’s armband and hand it to Cristiano Ronaldo instead.

captaincy and his place as a permanent starter, with a new defender on the club’s summer shopping list.

Should he look for a new captain, Ten Hag would not have too many options.

United’s squad isn’t exactly full of veteran experience, with Ronaldo and David de Gea the only real candidates for the role,

and the Daily Star believe the armband could go to the former.

to discuss a range of things, including the 37-year-old’s role and Ten Hag’s future transfer plans.

United are yet to make any new signings this summer and Ronaldo is rumoured to be concerned by the inactivity,

particularly as most of their rivals have already been hard at work.

The duo could discuss Frenkie de Jong, who is Ten Hag’s top target.

A sources believe United are close to a deal to sign the Barcelona midfielder, with an offer of £69m only marginally below the Blaugrana’s asking price.

United officials have told Ten Hag that a deal is close to completion, with the Red Devils hoping to wrap things up this week.