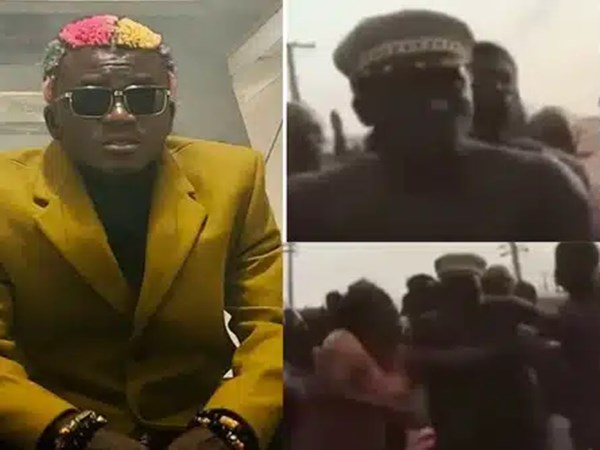 Popular Nigerian controversial singer, Portable has once again found himself in trouble as he’s been spotted begging a victim he had reportedly hit with his car in Lagos.

It was gathered that the incident had occurred along Ipaja, Lagos state.

In the video making the rounds online, a crowd of onlookers had gathered after the incident had occurred and Portable was seen walking with the victim.

ALSO SEE: “It Has Contacts Of Your Favourite Celebs” – Blaqbonez Puts His iPhone 12 Pro For Sale

He could be heard profusely apologizing to the victim as they made their way through the mass of onlookers that had gathered.