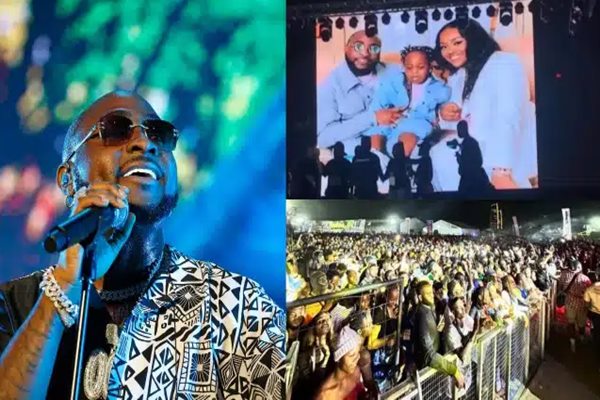 Here’s the moment fans of the Nigerian Afrobeat singer, Davido paid tribute to his late son, Ifeanyi, during a 30BG concert held in honour of the singer.

It would be recalled that the singer lost his son some weeks ago to a domestic accident and has since maintained a break from social life.

30BG fans, however, gathered in numbers to throw a concert despite the absence of O.B.O and dedicated a moment to pay tribute to Ifeanyi Adeleke’s untimely demise.

“We love you Ifeanyi Adeleke, may your soul rest in peace,” one of the hosts stated while the crowd echoed amen.

PHOTOS: Davido N9.7B Private Jet Finally Gets Delivered To Him