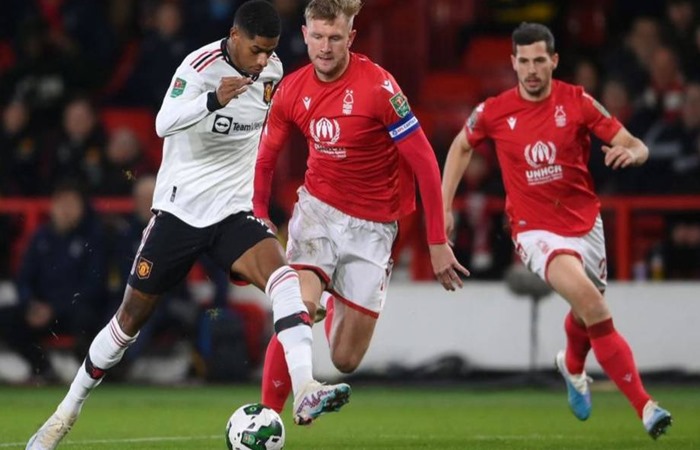 It’s almost against the run of play – Casemiro plays it into Antony on the edge of the box, whose first touch sees the ball pop up in front of him before letting fly.

It’s a really good effort, and Hennessey does well to keep it out, but it can only pop up for Weghorst, who pokes it home into an open net from a couple of yards out!

There is a growing detachment between United’s wingers and full-backs.

Man United are almost daring Forest to have a go at them in the confidence they won’t do them any harm. It’s been a very open game largely devoid of quality finishing.

Weghorst has had another half of good touches and no goal threat so far. Manchester United have not worked Hennessey anywhere near enough since the early goal.

Antony sits down Lodi inside the box almost accidentally after a few stepovers which saw him lose control himself, but the left-back is quickly back on his feet to hold up his compatriot.

Antony then goes for a cheeky scoop chip between two defenders but it’s cut out well by Scarpa, who then fires it into Antony for a goal-kick.

Not the best of starts from United’s Brazilian winger.

Antony has had a good half so far, despite not taking that chance. He has been more direct and he is not running into blind alleys. His infield runs are opening up more angles and there has been more variation to his game.

Check out the latest Nottingham Forest highlights and goals here