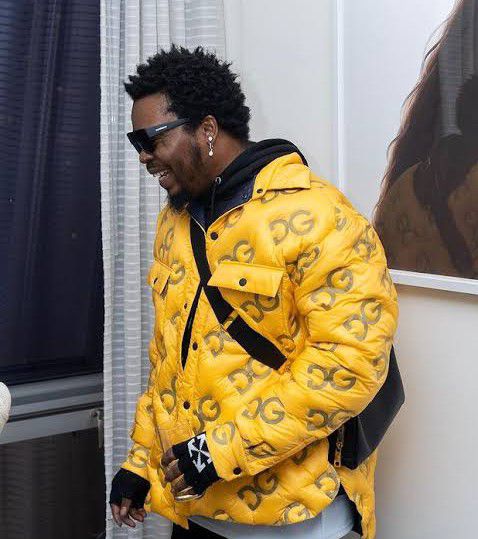 A Twitter user and die-hard fan of Olamide has openly sent heartbroken message to Baddo for failing to serve street a new album and also failed to host OLIC (Olamide Live In Concert) in 2022.

A Twitter user with username @skoolboibahd has expressed his worries after Olamide Baddo refused to drop album and host a concert this year.

“OLAMIDE ABDULWAHEED ADEDEJI (BADDO)
2010 you came into the scene, and of course yeah we dey see. I know how much I fell in love with your music from my first hearing of Eni Duro.
You gave us hits back to back without relenting. You gave me a reason to love life and believe in…”

“…myself with your lyrics. I know how much I do surf naijaloaded and co almost every minutes and secs just to find something to read about you or to just see that you have dropped a song. In honesty, I did always say u can never do any wrong in my eyes and yeah I stood by that…”

“Baddo you already made us accustomed to your style of music and fed us with too much that we are spoilt of always wanting you to keeping releasing a song every day which we all know you’re capable of doing . Baddo Wallahi you don dey starve us oooo….”

“Wetin kon pain pass be say you scrap OLIC too Baddo even if not an album or a music, atleast #bringbackOLIC or you can as well help us with a YBNL concert (both new and old). Just to see you on stage is a joy for me and to listen to your words lyrically is a blessing also ❤️”

In support of this, another Twitter user @She2she2Ridqual quickly joined the thread and wrote; 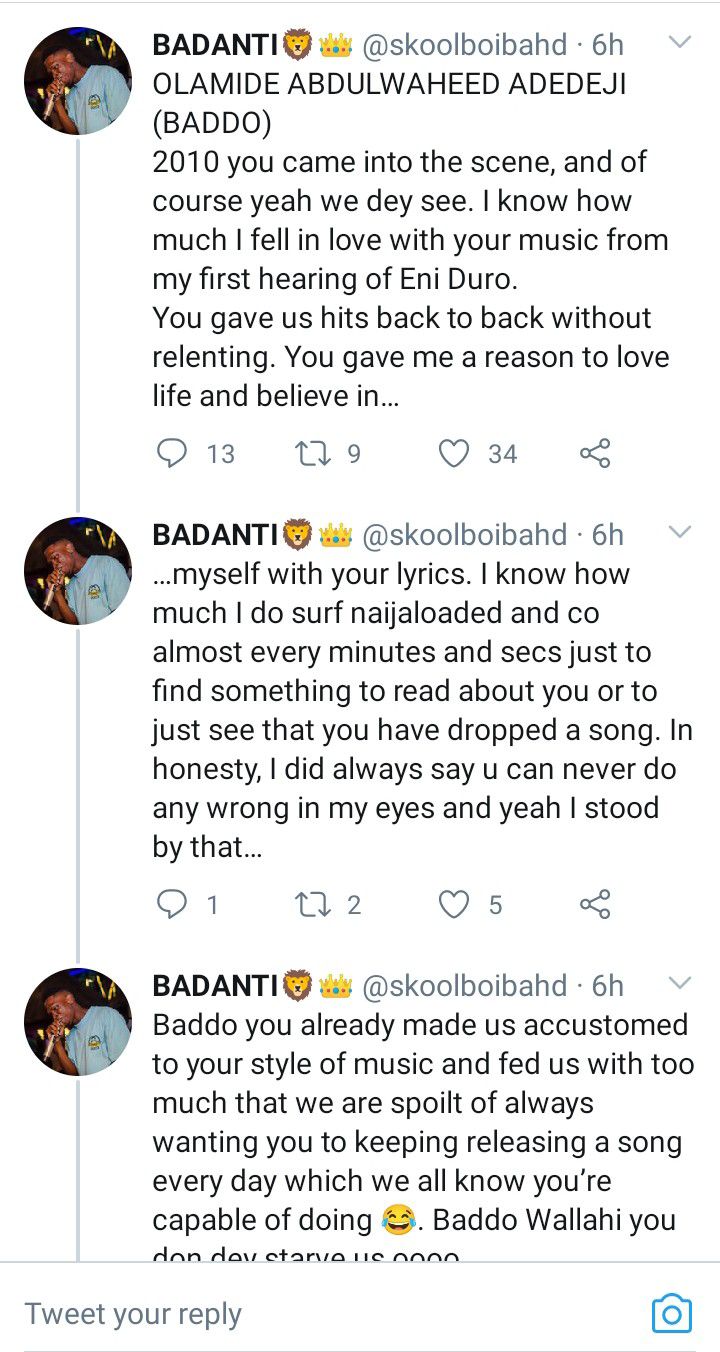 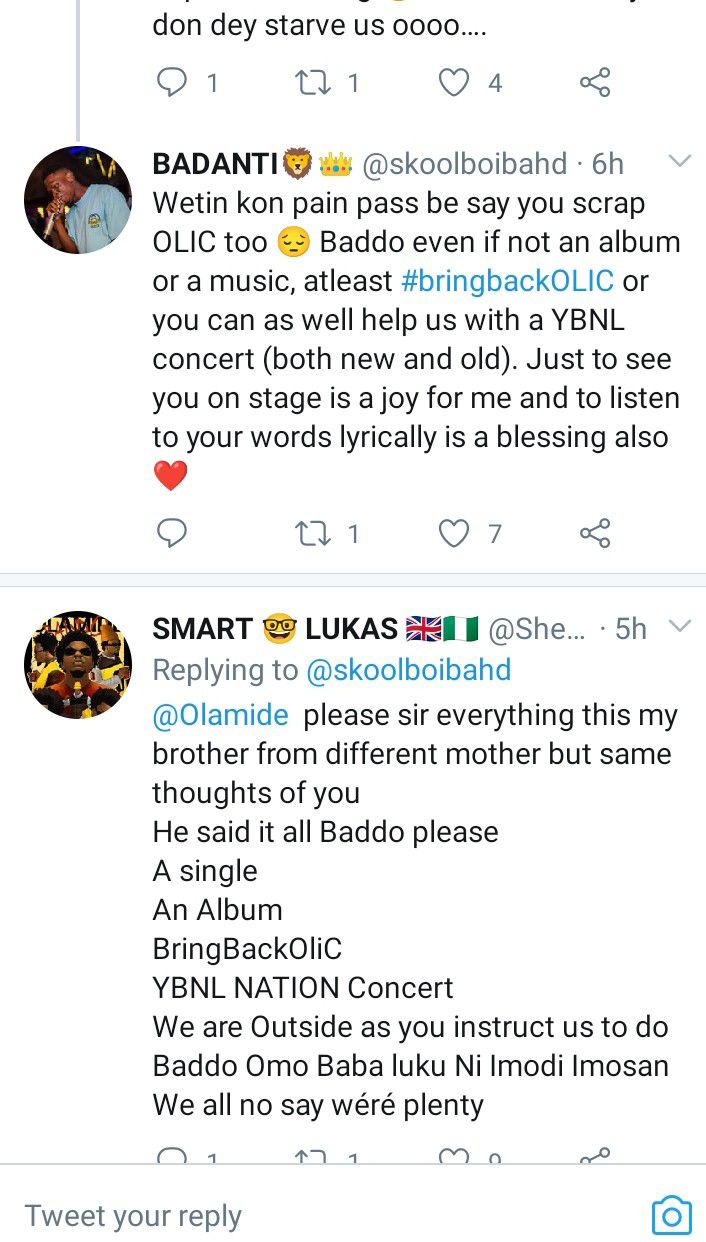 ALBUM: Ayanfe – All That Matters (EP)