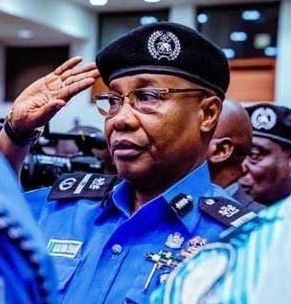 The Nigerian Minister of Police Affairs; Muhammad Maigari Dingyadi was quoted on Wednesday January 18, 2023 as saying the current Inspector-General of Police (IGP); Usman Alkali Baba will not be retiring midway into the general elections indicating he would not retire when he is due for retirement.

He was quoted to have said this shortly after leaving the Federal Executive Council (FEC) meeting on that day citing incomplete Nigeria Police Act 2020 to indicate the current IGP would serve 4 year tenure. By implication, the Minister was of the opinion that the IGP would not retire when he is due for retirement on March 1,2023.

Rights and Freedom Advocates (RIFA) viewed the Minister’s position as inconsistent with the laws of the land.

Mr Usman Alkali Baba record at Nigeria Police Force showed his date of birth as March 1, 1963 while he enlisted into Nigeria Police Force on March 15, 1988 as Assistant Superintendent of Police and is expected to bow out of active service on March 1, 2023 when he would clock 60 years. Similarly, the IGP by March 15,2023 would clock 35 years in service As a resuly, his post would be vacant effective March 1, 2023. However, the law is explicit on the tenure of any IGP and those qualified to be IGP.

The Minister was said to be relying on Nigeria Police Act, 2020 Section 7(3) and (6) to arrive at his position. Also, the Minister was further quoted to have said the IGP was appointed by the President on April 6,2021 but his appointment confirmed in June 2021 by the Nigeria Police Council in line with the laws of the land and so must spend four (4) years.

Even though the tenure of the IGP has witnessed improved compliance with the laws of Nigeria and sanctioning/discipline of some errant police officers mostly reported by the media, that cannot warrant elongating his tenure beyond the constitutionally guaranteed period.

On the issue of the IGP, the 1999 Constitution (as amended) is very clear on the appointment and removal of IGP when it states in section 215 (1) (a) that:“An Inspector-General of Police who, subject to section 216 (2) of this Constitution shall be appointed by the President on the advice of the Nigeria Police Council from among serving members of the Police Force”.

Also, Section 7(6) provides “The person appointed to the office of the Inspector-General of Police shall hold office for four years”. This subsection was what the Minister was relying on to make his position.

So, if the law says by 60 years of age or by 35 years in Police service, IGP Usman Alkali is no longer a police officer, how then can he be eligible to be IGP afterwards when the laws says only a serving police officer can be IGP?

With the above, the law is very clear on the tenure of a serving IGP and which the President or a Minister cannot override as the law is superior to occupant of any post in the land.

Therefore, instead of the Minister dissipating energy to seeking the extension of tenure of IGP Usman Alkali, he should focus his energy on searching for the next IGP before the end of February 2023 when Usman Alkali would cease to be a police officer. Similarly, the Minister should occupy himself with how to convene the next Police Council meeting that would recommend a new IGP for appointment before March 1, 2023.