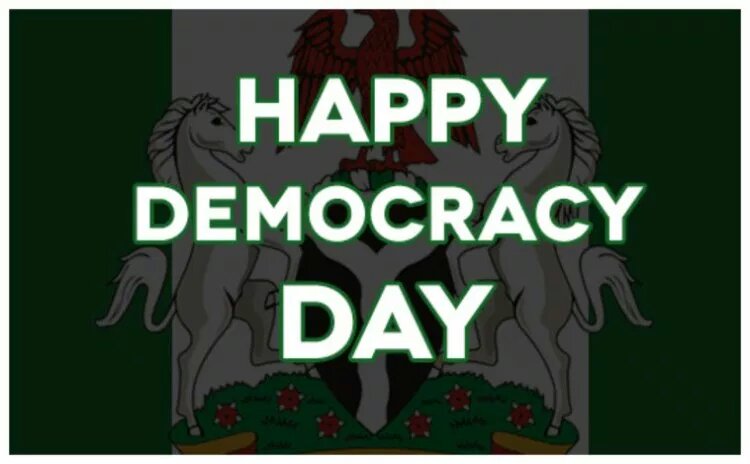 President Buhari through his twitter handle has
just announced that Nigeria’s democracy day is
now June 12 in honour of Late MKO
Abiola, including a posthumous award of highest
honor in the country ‘GCFR’.
He wrote;

“Dear Nigerians, I am delighted to announce that, after due
consultations, the Federal Govt has decided that henceforth,
June 12 will be celebrated as Democracy Day.
We have also decided to award posthumously the highest
Honour in the land, GCFR, to the late Chief MKO Abiola.” the
tweet read.
Chief Abiola’s running mate, Ambassador Baba Gana
Kingibe, is also to be awarded a GCON.
Furthermore, the late Chief Gani Fawehinmi, SAN, tireless
fighter for human rights & democracy, & for the actualization
of the June 12, 1993 elections,will be posthumously
awarded a GCON. 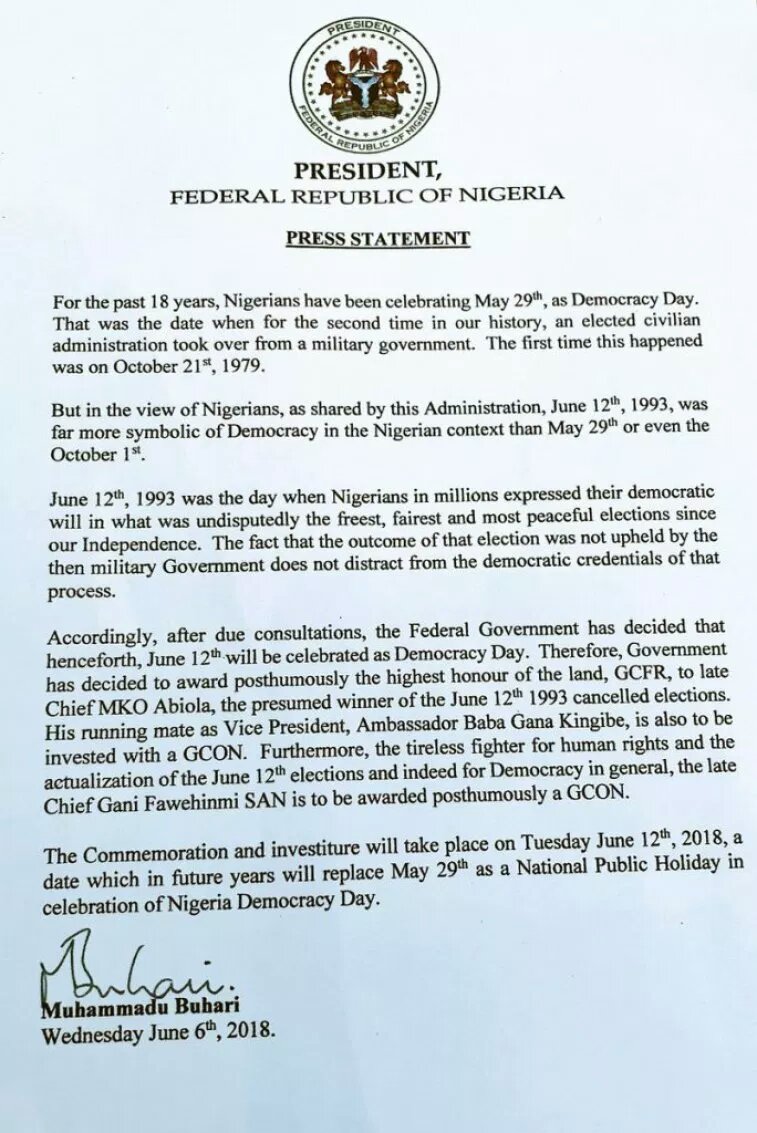