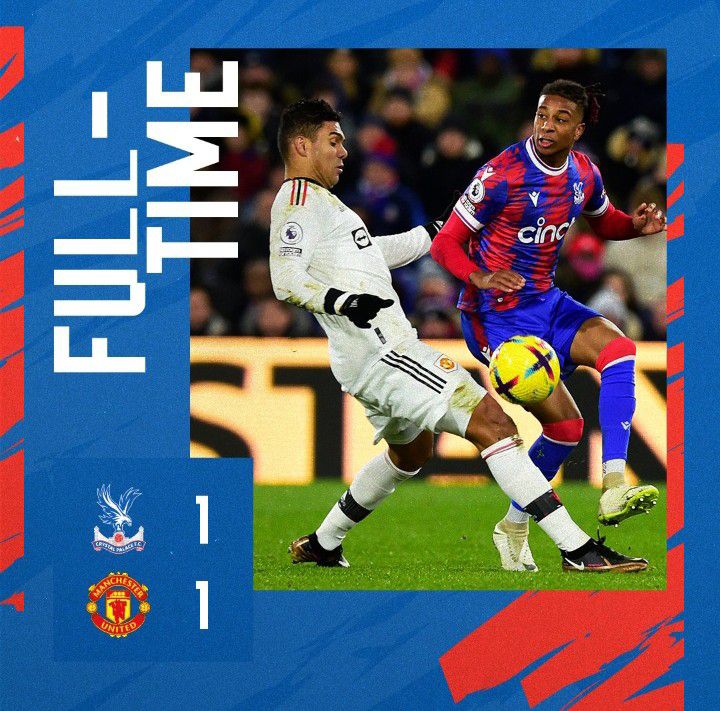 Crystal Palace get away on the counter with Zaha and the winger cleverly buys a foul on halfway to give his side a breather.

Palace could have pinched it at the end when Zaha ran out of steam as he hared into the box and Wan-Bissaka, who has had fine game defensively, made a perfectly timed and clean sliding tackle.

Manchester United may bemoan not being awarded a penalty when McTominay went down in the box. Palace found a moment of magic after a lot of honest toil.

Aaron Wan-Bissaka’s cross finds Rashford but the player takes too long to get the ball out from under his feet and loses possession.

Rashford fails to feel Garnacho behind him when double-teamed at the left of the D after stunning Bruno Fernandes’ driven crossfield pass.

He tries to force a shot past four blue-socked shins and can’t … but Garnacho might have been able to steal in behind him.

Clyne and Schlupp get very tight to Rashford who was trying to weave a shooting opportunity on the left of the box but they stalk his every step and force him to head back towards his own goal.

Fred replaces Eriksen and United sweep the ball about at the back. De Gea has twice saved United’s bacon with world-class saves. Palace have played well, full of endeavour and have made chances.

Check out the latest Crystal Palace highlights and goals here