Brazil Legend, Pele Is Dead At 82 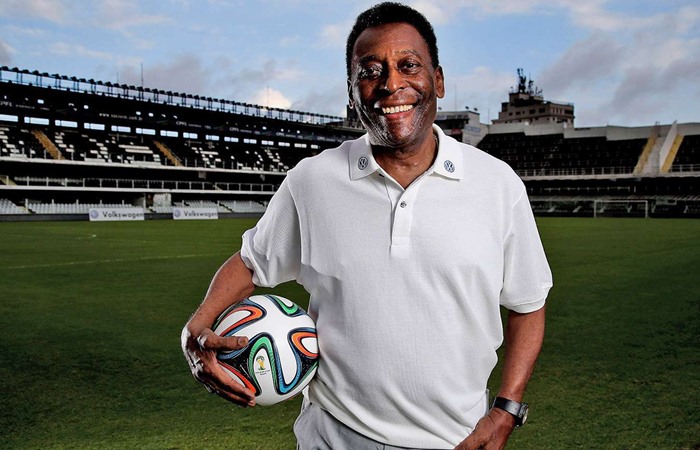 The Brazilian football legend, Edson Arantes do Nascimento, known mononymously as Pelé is dead at the age of 82.

The family of the greatest football legend confirmed and announced his passing on Thursday evening, 29th of December, 2022.

The football icon is regarded as one of the greatest footballers of all time.

Pele had been receiving regular treatment from doctors ever since undergoing surgery to have a tumour on his colon removed back in September 2021.

But he was readmitted to hospital towards the end of 2022.

Pelé, the Brazilian footballer who became one of the most iconic sportsmen of all-time, has died at the age of 82.

Family members had gathered at the Albert Einstein Israelita Hospital in Sao Paulo shortly before Christmas after news that his colon cancer had worsened and posted a series of pictures of their bedside vigil over recent days.

Born Edson Arantes do Nascimento, Pelé is the only player in football history to have won the World Cup three times – in 1958, 1962 and 1970 – and a committee of experts voted him as the Fifa ‘Player of the Century’ in 2000.

Pelé scored a record 77 goals in 92 international matches for Brazil and, while there is some debate among statisticians about his official career number, the Guinness Books of Records puts his tally in a 21-year senior career at 1,279 goals in 1,363 games.

Blessed with pace, vision, wonderful dribbling skills and an outstanding heading ability, Pelé was just 17 in 1958 when he became the youngest player to appear in a World Cup.

Pelé had suffered serious ill-health in recent years. He appeared in a wheelchair at the draw for the 2018 World Cup in Russia and, according to his son, became more reclusive following hip surgery. He was hospitalised due to kidney problems and then had surgery last year to remove a tumour on the right side of his colon.

Pelé was again admitted to hospital this year on Nov 29, with doctors announcing in December that his oncological disease had progressed and that he required “further care related to renal and cardiac dysfunctions”.

Following Argentina’s win in the World Cup final, a picture appeared on Pelé’s social media account of the team lifting the trophy, and hailed the performances of Lionel Messi, France’s Kylian Mbappe and surprise semi-finalists Morocco.

“Today, football continues to tell its story, as always, in an enthralling way,” he said. “What a gift it was to watch this spectacle of the future of our sport.”

During the World Cup in Qatar, the Brazil team unfurled a massive banner on the pitch with a picture of their most legendary player. It simply read: “Pelé!”

The Brazilian legend featured for Santos between 1956 and 1974, netting a momentous 1,087 goals in 1,118 matches and winning numerous titles.

In 1975, he moved to New York Cosmos where he played for two seasons and scored 64 goals. Pele decided to hang up his boots in 1977.

Pele will always be remembered for the great moments over his career, his goals and of course, titles.

May the soul of great footballer, Pele rest in perfect peace.