Apostle Suleman Gives Football Juggler N500k After He Did This (Photos)

Bayelsa born ball Joggler Tonye Solomon aka Deeboi who broke the Guinness book of world record in 2016 by trekking 60km with a ball balanced on his head, showed his joggling skills at the Omega Fire Ministry headquarters in Auchi, Edo state.
The world record holder delighted and thrilled the church members and their pastor, Apostle Johnson Suleman who prayed for him and gave him N500,000 cash and other gifts to appreciate his talent.
The man who hails from Okordia/zarama in Yenagoa local government area – achieved the world record by walking 60km , with a football on his head, from Amassoma (the home of late Alamieyeseigha) to Yenagoa (Bayelsa capital)…
Before achieving that feat, he walked a distance of 38 kilometers with the ball on his head when it started to rain. 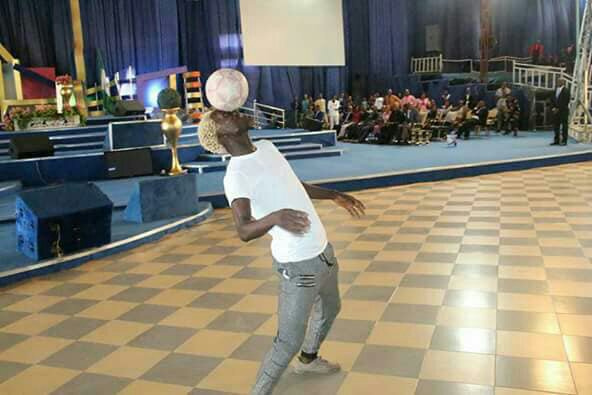 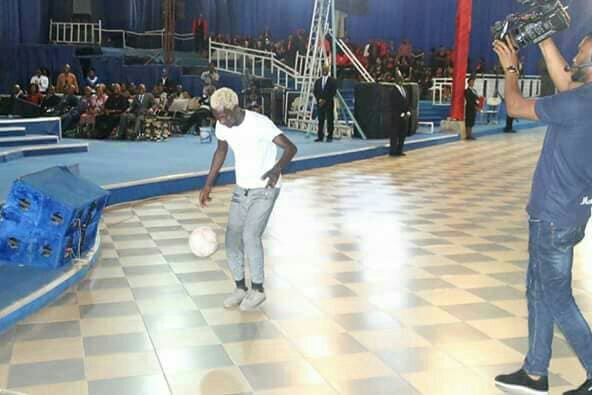 Taking A Bullet For Someone You Love Is Stealing – Apostle Suleman