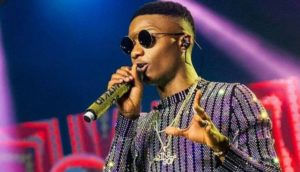 Starboy Wizkid has postponed the release date for his much anticipated album ‘Made In Lagos’ due End SARS protest in Nigeria.

Wizkid by middle of September announced that “MADE IN LAGOS” album would come out soon and later set Oct 15th for release date.

The Starboy Entertainment revealed this on Twitter after a fan asked him if he would still release the album on Thursday. The fan wrote;

Meanwhile, The “Mad times” Wizzy seems to be referring to is the #EndSARS protests in Nigeria.

Hopefully, ‘Made In Lagos’ album would be released later this month if the End SARS protests end soon.