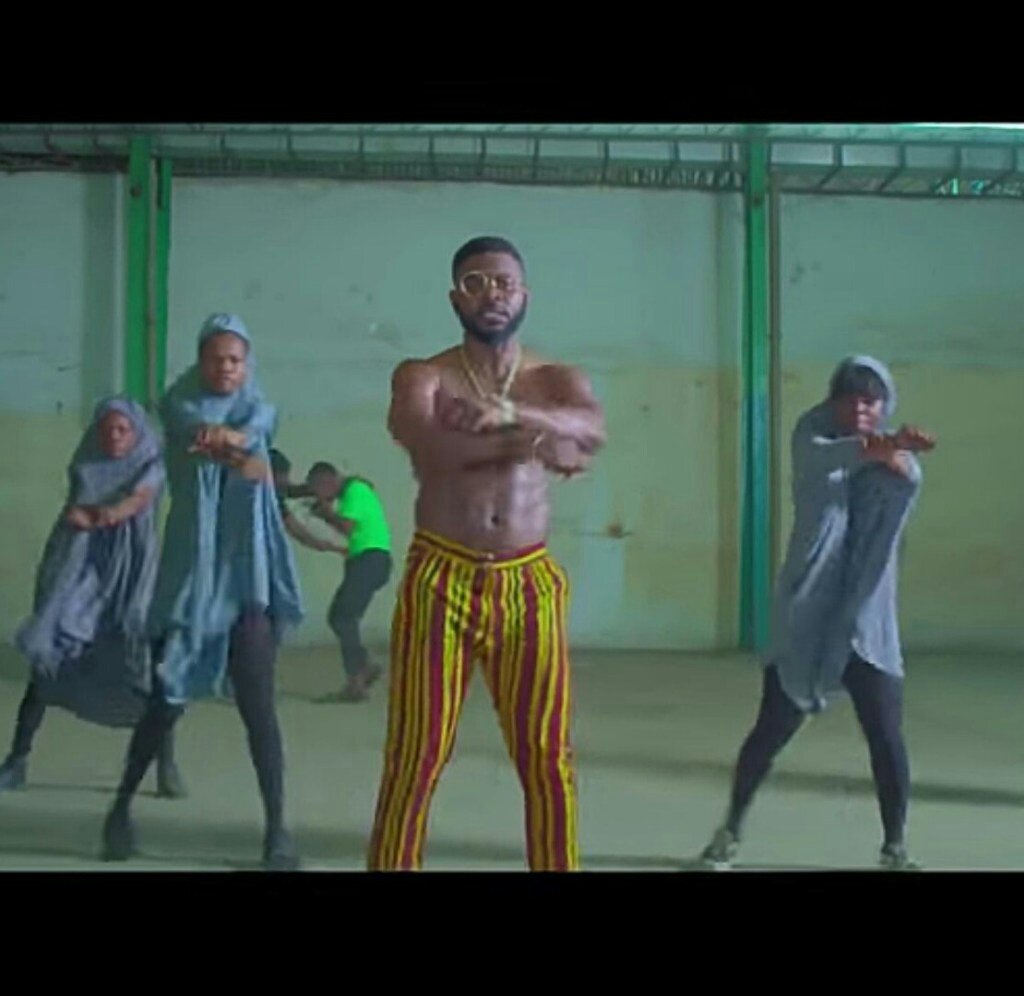 The management team of Nigerian singer Falz,
have reacted to an ultimatum given to the singer
to take down his ‘This is Nigeria’ video or face
actions from them.
An Islamic group, Muslims Rights Concern (MURIC), yesterday
released a statement ordering Falz to take down the video which
they claim ridicules their religion due to some girls seen wearing
hijab and dancing shaku shaku in the video.

However, Falz’s management have reacted to the ultimatum given
to him by MURIC. According to them, the video won’t be taken
down. They advised the group to head to court to address their
grievances and that they are ready to meet them there. 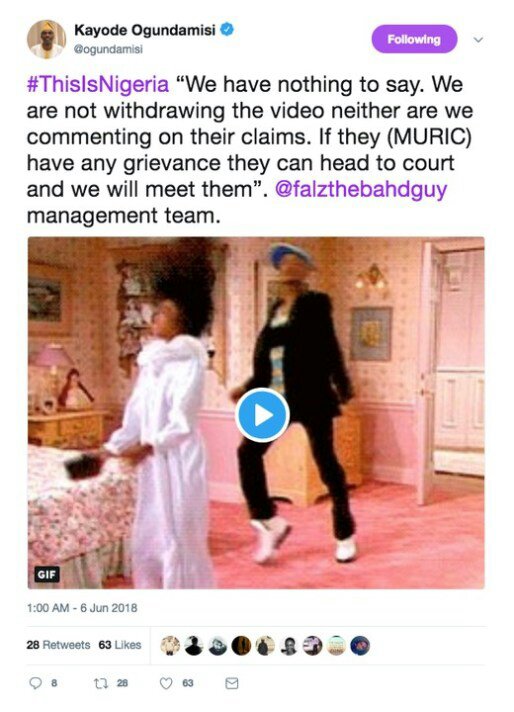 They said;
“We have nothing to say. We are not withdrawing the video
neither are we commenting on their claims. If they (MURIC)
have any grievance they can head to court and we will
meet them”.

See Nigerian Reactions Toward The Call To Stop #BBNaija Show

MURIC Reacts To Arrest Of Sowore