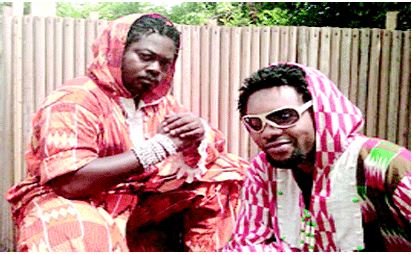 Hassan Ibrahim of the ZuleZoo music group which reigned in the 90s has opened up on the predicament which has befallen his partner.
According to the Ajegunle-bred musician, his partner woke up one morning and started acting strange. Efforts to convince him to open up on his worries failed.
Ibrahim who is regarded as Ibro later discovered that his childhood friend was going insane. He claimed that he is always moved to tears when he sees the sad condition of his colleague who is like a blood brother to him.
The duo are known for their viral ‘Kerewa’ song which was like a national anthem.
Watch the video of his brief interview below:
Don’t forget to like, comment and share