Real Madrid To Wait For Pochettino 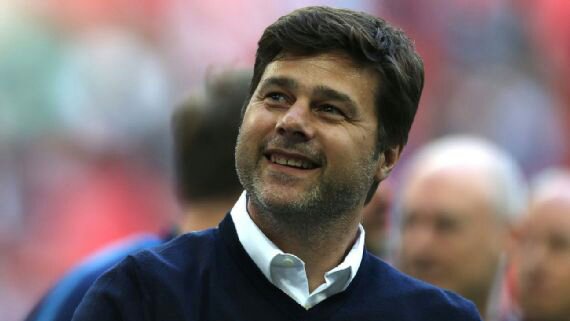 Following Zinedine Zidane’s shock exit from Real Madrid, the European
champions who now find themselves back in the market for a new
coach will make no hasty decisions on managerial appointment as they
target Tottenham Hotspur man Mauricio Pochettino.
Mauricio Pochettino may be the top candidate in Real Madrid’s view for
replacing Zinedine Zidane, but feelers from White Hart Lane suggest
Daniel Levy is unlikely to let his highly rated manager leave easily,
leaving Real Madrid to consider other options with names like Jurgen
Klopp, Antonio Conte and Chelsea’s target Sarri thrown into the mix.

According to GOAL, Zidane’s sudden departure caught everybody by
surprise, but those at Santiago Bernabeu had been hoping to enjoy a
relatively quiet summer in the wake of a historic third successive
Champions League triumph will not be rushing into appointing a
successor as they seek to identify the right candidate for the job.
Pochettino on Friday admitted he would listen to an offer from Real
Madrid about the new vacancy at the Santiago Bernabeu stadium while
saying no such call has yet arrived and he remains happy and
committed to his current job at the Premier League club.
“When Real Madrid call you, you have to listen to them. In this case it
does not depend on me.
“I have just signed a long contract with Tottenham, and am happy
here. There will be lots of rumours and many things said, but I have
heard nothing from Real Madrid.” said the Argentine as quoted by ESPN