PHOTOS: Nollywood Actress Dies After Allegedly Falling In The Bathroom

The late Actress, Uduak Akrah has reportedly passed away following injuries sustained from a fatal fall in the bathroom on Saturday. The death of the movie star was confirmed on social media as veteran filmmaker, Charles Novia wrote:

“I just heard from someone close to her and her family in Abuja. She suffered complications in the past few months from a nasty fall in the bathroom.

” It was gathered that the actress who is based in Abuja was said to have been ill from the accident for some time, and was eventually brought to the Lagos University Teaching Hospital (LUTH) where she was pronounced dead on arrival. 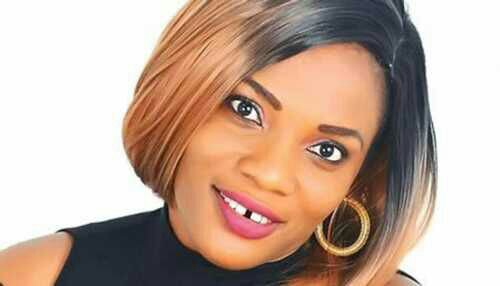 The late actress was described by colleagues as a versatile entertainer both on screen and on stage.

“Fantasticactress on stage and screen… An Akokite, calm and gentle, may her soul rest perfectly in peace,” said Iyen Agbonifo.

Uduak, a graduate of Creative Art from the University of Lagos, was also an event planner and singer.She is known for films like ‘Emotional Crack’ and ‘Bafana Bafana’.

“Farewell Mama, This One I Can’t Forgive God” – Tonto Dikeh

PHOTOS: Nollywood Actor Slumps And Dies On A Movie Location

‘I Like A Man Who Beats Me Up’ – Curvy Actress, Sepetu Drops Bombshell