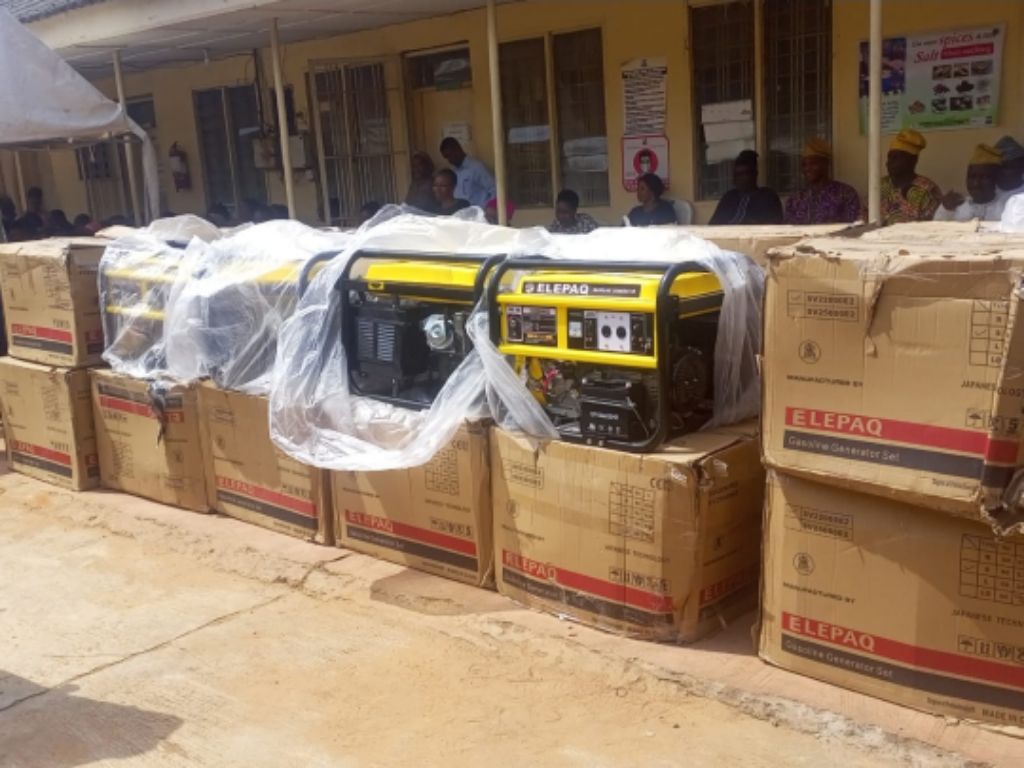 The Oyo State Government on Monday, presented an additional set of One-hundred and twenty (120) generators to primary health facilities in Oyo State.

Recall that on November 8, 2022, the Oyo State Government had presented about 97 generating sets to some PHCs in the state.

The symbolic presentation was done at the Oyo State Primary Healthcare Board, in collaboration with Lanocks construction company.

Speaking at the presentation, the Engineering Technical Lead of PHCs Renovation Committee, Engr. Ademola Aderinto said the delivery of generators to Oyo state Primary Healthcare Centres is part of Governor Seyi Makinde’s initiative to renovate/upgrade of one (1) Primary Healthcare Centre (PHC) per ward (there are 351 wards in Oyo state) to the standard category-three PHC.

“This project which began in 2021, has resulted in over 200 newly renovated PHCs, as well as many newly built PHCs”, he said.

This is the second batch of generators to be delivered, the first batch was delivered about a month ago bringing the total number of generators delivered to the PHCs during this initiative so far to 219″, he said.

He said part of the project’s goal is to deliver generators for electricity supply to all renovated centers, adding that “also, to sink boreholes to ensure a steady supply of water, not only to the PHCs, but also to the community through taps placed outside the PHCs”.

He said that the Primary Healthcare centres upgrade initiative in the State has been well-received by the Oyo state communities.

He applauded the Special Adviser to the Governor on Health and Project Lead and Chairperson of the Renovation Committee, Dr. Funmi Salami, whose contributions has yielded the huge success recorded.

“Healthcare is essential at the primary level so all our citizens can have access to a health centre within a mile of where they live. This will reduce the burden on our Secondary and Tertiary hospitals, and improve the healthcare of our people”.

Present at the event were Health practitioners, Members of Ward Development Committees among others.

Mottainai Rolls out Numbers for Waste Pick-Up in Oyo