NYSC Overpowers Davido, Forces Him To Cancel His US Tour (See Full Gist) 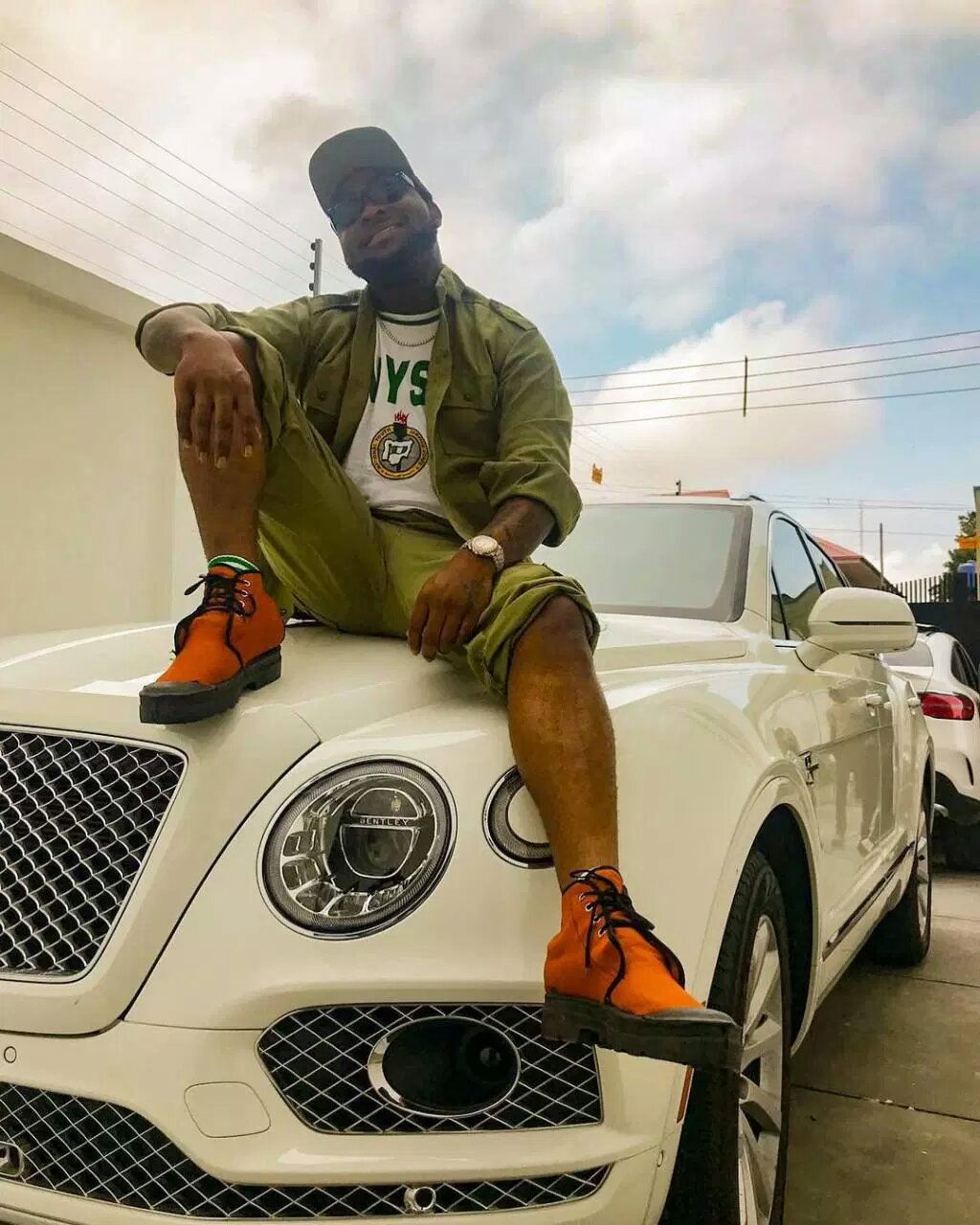 Most popular Corps member in Nigeria and singer, Davido has been forced to cancel his US tour due to his commitments to the National Youth Service Corps, NYSC.

Davido revealed that he wantw to focus on his National Youth Service Corps Programme for now and, therefore, has canceled some of his international shows.
The singer announced that he would be moving the dates of his tour due to NYSC programme. He was scheduled to tour the Houston Dallas LA and San Francisco this month.

The singer took to his Instagram and Twitter page to make this known, while urging his fans to bear with him.

“Due to scheduling conflicts and National Youth Service Corps (NYSC) commitments in Nigeria, the remaining dates for the Davido Locked Up Tour has been canceled. Refunds will be made available at point of purchase. Davido and his team are working hard to reschedule all dates plus add new dates in the near future. I love you guys and see you soon. Houston , Dallas, LA and San Francisco would be giving y’all the new dates soon.”

I apologize to all my Fans but Duty calls ! But I promise new dates would be announced for Houston Dallas LA and San Francisco We will reschedule and add more dates. Shout out to all the fans who sold out each city so far”. 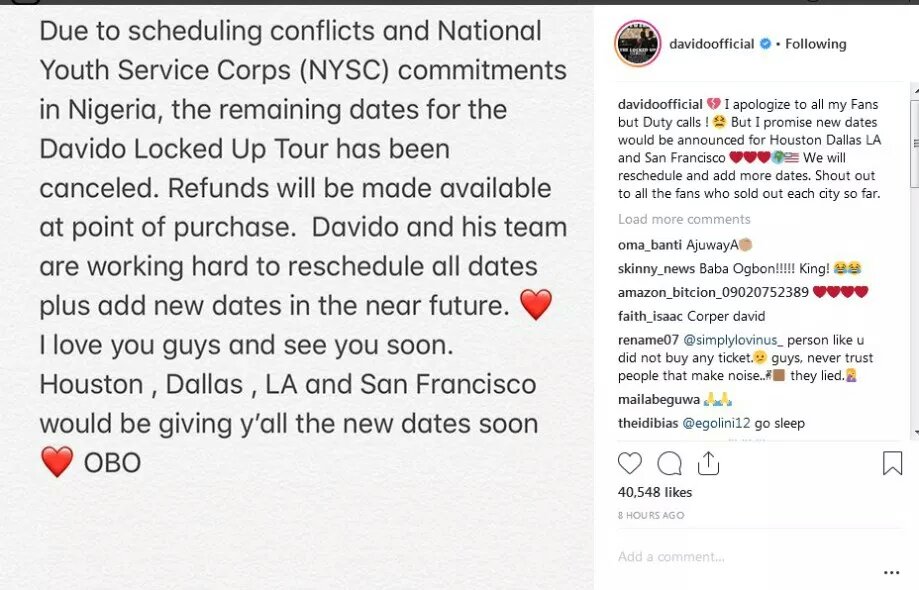