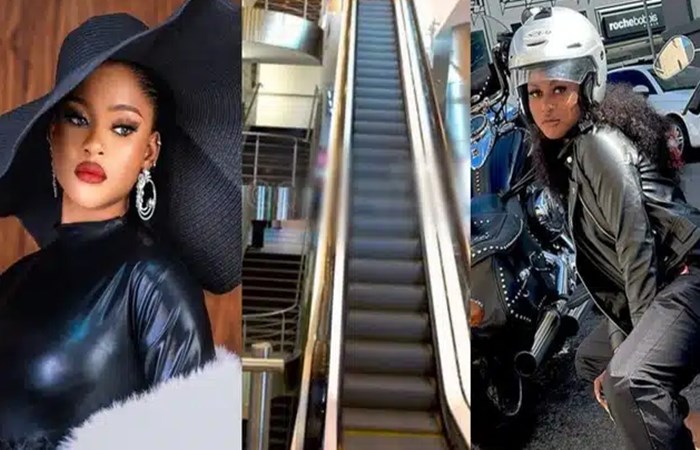 It would be recalled that the reality star and some of her colleagues flew to Qatar to watch the World Cup.

In a video which surfaced online, Phyna was seen expressing fear over using the machine.

According to her, She has never used an escalator before and she’s scared of starting now. She then requested to be allowed to use the stairs instead.

After much hassle with one worker who tried to encourage her to use the escalator, another staff at the venue had offered to show her to the stairs.

#BBNaija: Khafi Reveals Why She Want To Be Evicted On Sunday