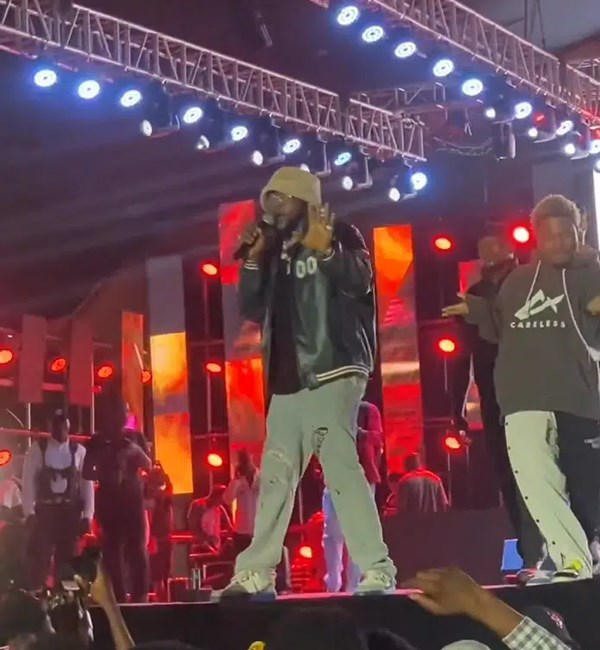 Fans of Nigerian afrobeats Singer, Davido, were stunned after Davido’s lookalike stormed the stage during a concert held in Lagos.

A free concert was organized by fans of Davido, which had in attendance, lots of music stars and celebrities.

However, fans got more fascinated when Davido’s lookalike mounted the stage and captivated the audience with his gyrations.

The man who shares an incredible resemblance with the singer could be seen jumping alongside other individuals on stage while Davido’s song was being played.

Fans present at the concert initially thought it was Davido but only realized later that it was his look alike.

Teni ft. Davido – For You