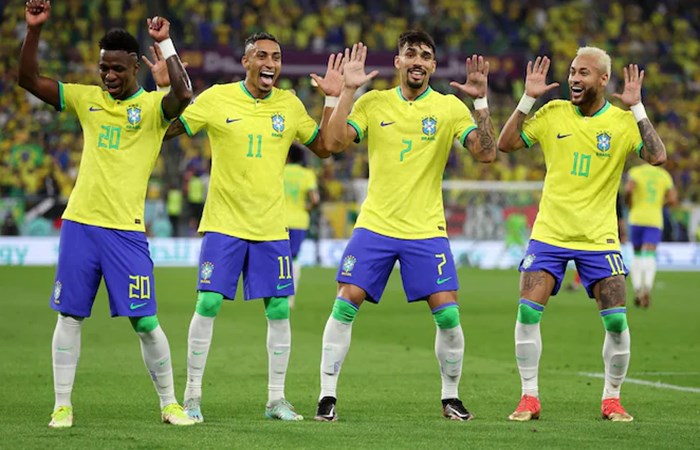 Former Manchester United player, Roy Keane has criticized Brazil players and coach Tite over their “disrespectful” goal celebrations, as they defeated South Korea in the last 16 of the 2022 World Cup.

Vinicius Junior opened the scoring in the seventh minute, before Neymar doubled their advantage from the penalty spot.

After each goal, the entire Selecao squad formed a massive circle and danced together.

Richarlison grabbed the third goal and then ran over to jubilate with Tite in the dugout.

Lucas Paqueta also showed off a few moves after he netted Brazil’s fourth goal and at that stage, Keane felt the celebrations were becoming disrespectful.

He said on ITV:

“It’s 4-0 and they’re doing it every time. I don’t mind the first little jig or whatever it is they’re doing.

“It’s the one after that, and then the manager getting involved in it! I’m not happy with it. I don’t think it’s good at all. Disrespectful.”