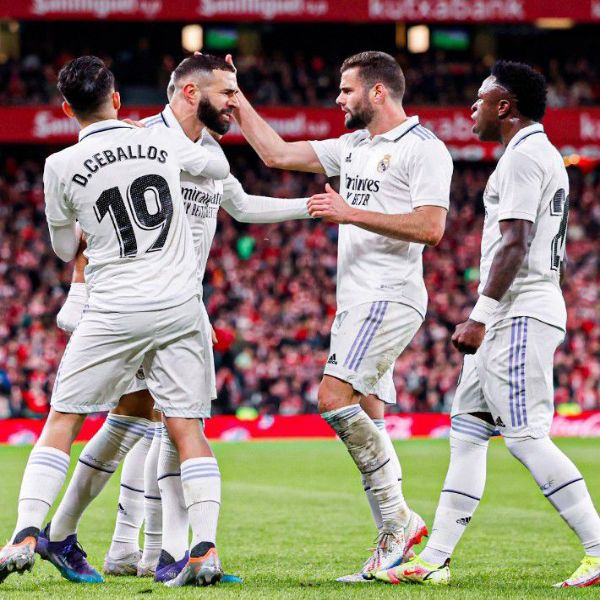 Courtois pulls off a save, but Williams was in an advanced position and there is no goal.

Iñaki Williams has the ball in the net for Athletic!

But the flag has gone up for offside. VAR double checks and agrees, although it was a real let off for Madrid. That one will be discussed.

Williams with a cross-shot inside the box and the equalizer went wide.
Berenguer and Zárraga come out.

Benzema’s through ball is finished off by Asensio in a very cross-shot.

Camavinga of Real Madrid has been cautioned.

Has Muniain just been shot? He’s certainly gone down as though Nacho slipped out some weapon and fired it straight at him.

Truth is, although there was a slight coming together, there was no need for that reaction. But given his choice of facial hairstyle, embarrasment may be beyond him.

Nacho’s double shot was saved by the goalkeeper.

Asensio comes so close. And that would have been so nice, as the Mallorcan latched onto a delightful pass from Benzema, which in turn came on the back of some sublime interplay between the Frenchman and Valverde.

A move that deserved a clinical finish. Asensio didn’t deliver.

Dani Vivian of Athletic Club has been cautioned.

Rudiger was called for a foul but nothing was called.

Athletic and Real Madrid kick off the second half

Check out the latest Athletic Club highlights and goals here