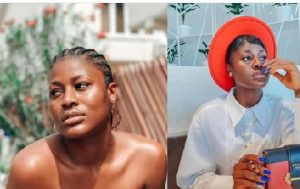 Former reality TV star and model, Alex Unusual has, following the buzzing report of a slain Sylvester Ororomi, reflected on how she was also bullied when she was younger.

The fashion influencer listed the names of her bullies who she says made her stay in school horrible and a living hell.

.Alex’s revelation comes not long after a particular lady identified on Facebook as Udoka Gentlestar called out Nollywood actress, Beverly Osu and some other ladies for allegedly bullying her during their school days — according to the lady, the bullying caused her to repeat classes.

READ ALSO: 1q1Bbnaija Queen Atang Has Spoken Against Bullying and Trolling, She Got A Backlash From Fans In Return

Taking to the comment section of an IG post, Alex listed some names of her bullies while stating that they made her life a living hell.

“Anne odeh and Nancy ibezim made my life a living hell. Faith onyekperem as well. I eventually left DDL many other reasons included. Faith Onyekperem as well but #justiceforsylvester”

“26 Called And I Answered. Grown” Alexandra Say She Celebrated Her Birthday In styles (Photo